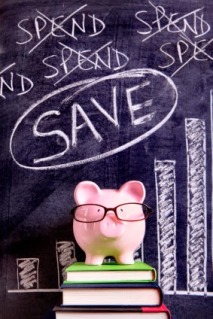 There are two kinds of millionaires. The first group is the obvious millionaires. These are the folks who drive flashy cars, live in big houses, and send their kids to private schools. They are lawyers, CEOs, and politicians. They have money–and everyone knows it.
The other group is less obvious. They are small business owners, plumbers, contractors, and other people who practice a trade. They live in ordinary neighborhoods, drive sensible cars, and own modest homes. They may not come from significant wealth, but they will leave a great deal to their children. They have had some luck, but they’ve also made good and well-planned decisions.
They’re an emerging class of “secret millionaires.” There are people living in your community who have this kind of money. They got to where they are by following a path that Thomas Stanley and William Danko describe in their book, “The Millionaire Next Door.”
There are a handful of behaviors practiced by 80% of people who have a million dollars or more in personal wealth. Before we look at the behaviors, you should know that it doesn’t matter what industry you’re in. The correlation between being a millionaire and occupation is completely random. More than what you do for a living, the manner in which you live your life will determine your financial outcome.
There are three behaviors that are most strongly associated with the lives of these “secret millionaires.” They work for themselves, they live frugally, and they invest carefully. Following these steps can improve your chances of becoming one of these wealthy folks.
Working for yourself
The earnings of 65% of small businesses are greater than the wages of an employee who’s doing similar work, Stanley and Danko found. There are simple economic reasons for this. Your employer makes money from your labor because they assume risk. You have a guaranteed salary paid to you every month. If the company you work for doesn’t make much money, you still get paid. The owner of the company does not have that guarantee.
The millionaires in this group also profit from the ability to put more work into their businesses. While you might get promoted if you put in more hours at the office, there’s an upper limit to what you can earn. Not so for the business owner. They can pour as many hours into finding new clients and doing more work as they choose. They reap the rewards of working for themselves in a way that people who work for others don’t.
The most common fields of work for millionaires are service, retail, and manufacturing. Skilled services like hair dressing, electronics repair, and consulting are common choices for them. Retail store owners usually become wealthy because they own a small chain of stores. Manufacturing millionaires are usually early adopters of more efficient means of production.
Living frugally
The easiest way to identify a secret millionaire is by the kind of car they drive. Look for people driving late-model efficient sedans that are clean. The average person holds onto a car for just over seven years. The secret millionaire holds on to them as long as possible: 10 years on average. To do so, they practice regular maintenance. A $60 oil change every three months gives them three more years free of a $475 monthly car payment. They also tend not to overspend on cars because they realize and understand that vehicles lose value over time while investment instruments gain value.
This car-buying behavior is a hallmark of the purchasing decisions that secret millionaires make. They make every major decision with an eye toward the future. They also tend to live in modest houses that offer them only the space they need. They move less because they orient their living arrangement toward stability.
In short, secret millionaires live below their means. This is not to say their wealth is solely a result of their good decision-making. Anyone, including those on the path to making millions, can suffer from injury, accident, or other misfortune. What makes secret millionaires unique is the position they put themselves in to deal with these incidents should they occur. By living frugally, they can save and invest.
Investing carefully
These secret millionaires have one financial position in common: They all own stock. Most of them buy shares of large companies which pay regular dividends. The secret millionaire tends to reinvest these to increase the shares of stock they own. They also keep adding to their savings. They take advantage of compounding returns. $10,000 invested for 30 years at 8% turns into $100,000. In 50 years, that same $10,000 is $500,000. Secret millionaires are in the habit of paying the future before the present. They keep saving to build their personal wealth.
They also invest in their businesses. One of the benefits of working for yourself is that you can invest your own money into your job and see returns. Setting aside some of the profits from a small business enterprise offers them the chance to invest and earn more profit down the road.
They also tend to invest in their communities. Most of these secret millionaires continue to be frugal while setting up estates that are more than enough to take care of their children. This frugality gives them the ability to donate large quantities of money to charities of their choice.

Secret millionaires aren’t luckier, smarter, or better born than the rest of us. A combination of good timing, hard work and modest living enabled them to amass their fortunes. The richest person in your neighborhood isn’t the one with the nicest car or the biggest house. It may, however, be the hardest worker, the one who values financial security above the trappings of wealth.

2 thoughts on “Is There a Secret Millionaire in Your Neighborhood?”