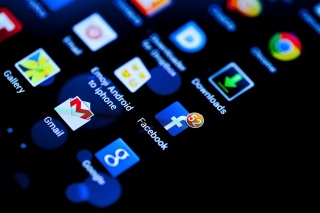 Google had a good day in mid-July. It’s safe to say it had a better day than you did, even if your day was fantastic. The company set a record for the largest single-day increase in value in the history of American investing at nearly $67 billion, breaking the previous record held by Apple.  Google did well enough that if it wanted to relax with a weekend of video games, movies, and pulp novels, it could simply buy Nintendo, Loews, and Barnes and Noble with the money it made just in that one day.
That day was less enjoyable for Google’s customers, though. As investors were thrilled by YouTube’s growth, Gmail users were beset by faulty spam filters which hid so many legitimate emails that Linux founder Linus Torvald took to an online op-ed calling out the tech giant. The misstep was a rare occurrence from Google, but considering it followed a much-ballyhooed revision to its Gmail platform, it was worrisome for many. When considered in the context of major hacks of the U.S. government and infidelity website Ashley Madison this summer, the Gmail problems had people wondering what security Google has in place for the largest privately-held collection of American’s data.
Don’t leave your cyber security in doubt. We’re here to answer your questions about your online safety.
Question: Everyone is always going on and on about online security, but nothing has ever happened to me. Should I even care? What’s the worst that could happen?
Answer: If you’ve never paid attention to your Internet security and never had a security problem, you’re probably fine. You clearly have a rabbit’s foot offering you magical protection from scammers, spammers, spoofers, and identity thieves. Or maybe you have been compromised and just don’t know it yet.
If black hats get their hands on your machine, there’s no telling what they could do. In some cases, you’re looking at spyware and malware that’s merely annoying. In others, your personal and financial information could be compromised. You might even have had your identity stolen. Online security is crucial, and you really can’t be too careful.
Question: I don’t have Gmail. I use Outlook. I don’t use Android. I have an iPhone. I’m good, right?
Answer: Internet security is like a 1980s slasher flick: The instant you let down your guard, something bad is going to happen. No, you’re not safe and Google isn’t bad at security. They’re actually pretty good at it.  Their cyber security task force is responding to the perception of a problem, not an actual problem.
Conversely, consider the products offered by Apple: Apple is slow to offer security updates for OS-X and sometimes bizarrely laconic when it comes to iOS apps.  While Google and Microsoft update their iOS apps every two weeks or so, Apple often waits months. Apple also doesn’t support security updates for older versions of OS-X, so if you’re still running Snow Leopard or anything older, Apple stopped updating security on your machine last year, leaving about 1 in 5 users behind.  When El Capitan comes out this fall, it will likely mean that security updates will end for machines still using Mountain Lion.
Question: How do I know if my security is up to date?
Answer:  Every reputable piece of software you use, on your computer or on the Web, should allow you to view your security settings.  If you can’t find your security settings, Google it or look for help on the site.  If you still can’t find your security settings, consider using different software.
Question: What do I do if I think something fishy is going on with my account information?
Answer:  For our members, let Destinations Credit Union know right away.  The sooner we know, the sooner we can protect your important financial information.  You may have your credit or debit card information stored at your favorite shops and you don’t want anyone to mess with your cards. After you’ve gotten in touch with us, get in contact with whomever is in charge of the site where you have suspicions.  See what they recommend.  It may be a good idea to notify the police.  Anyone who has access to your online profile is likely to have your home address, too.
Now is a really good time to protect yourself.  Update your password for all of your main accounts and any others you can think of.  Don’t write your password down, try not to make it obvious, and try to keep your passwords separate.  It may be a lot of work, but it will pay off in peace of mind.
Sources:
http://www.entrepreneur.com/article/235682
http://www.economist.com/blogs/babbage/2014/07/google-and-cyber-security
http://techcrunch.com/2015/07/09/google-improves-gmails-spam-filters-launches-new-analytics-tool-for-bulk-senders/
http://www.theregister.co.uk/2015/07/17/linus_torvalds_vs_gmail_spam_filter/
http://money.cnn.com/2015/07/20/technology/ashley-madison-hack/
http://www.rollingstone.com/culture/news/what-the-ashley-madison-hack-means-for-cybersecurity-20150721
http://money.cnn.com/2015/06/05/technology/why-china-hacks-us/?iid=EL
http://money.cnn.com/2015/06/15/technology/lastpass-password-hack/?iid=EL