There’s always been an aura of mystique surrounding the Apple company. From their 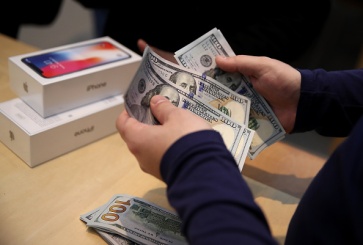 legendary launches to the throngs of people camping outside stores for a new product release, Apple is a master at marketing.

It’s more than just marketing, though. Apple’s most recent launch has led experts to believe that the company’s real strategy is pricing. In fact, retailers are always manipulating our spending habits. For instance, every time you pick up some groceries, your choices are likely influenced by pricing tactics like BOGO (Buy One Get One free), anchoring (Their Price: $35.99; Our Price: $29.99) and high-end pricing (Chef’s Special Rib Eye: $69.99; Rib Eye: $45.99).

While all these methods may mess with our ability to determine if we are indeed getting a good deal, the tactic that Apple favors is decoy pricing. While there are several ways to employ decoy pricing, every instance includes the existence of one product whose sole purpose is to promote the sale of another product.

Say you walk into the ice cream store and notice three different sizes of ice cream cones available for purchase. You can buy a small ice cream for $2, a medium-sized cone for $5, or a large cone for $6. When presented with this choice, most people will choose the large since, at just one dollar more than the medium, it appears to be a fantastic deal.

Now imagine this scenario minus the medium option. Would you still take the large? Many people would opt for the small, but when offered next to the medium, the large comes off looking like a great choice. The medium acts as a price decoy to manipulate consumers into choosing the large.

Clearly, the magazine was trying to sell its combo subscription. In order to make it look enticing, it offered the print version-only option for the same price. This way, when readers choose the combo deal, they think they’ve scored a bargain. In this case, the print edition acted as the decoy.

Now that we understand how decoy pricing works, let’s take a closer look at Apple and the iPhone X.

Approximately a year after the iPhone 7 hit stores, Apple introduced two new devices: the iPhone 8 (and 8 Plus) and the iPhone X. While the iPhone 8 has been in stores for a while, only a few million iPhone Xs were available for pre-order, and only another few million were on the shelves in stores on the official launch day, Nov. 3.

What do these new phones have to offer? The iPhone 8 and 8 Plus, priced at $799, look shockingly similar to the iPhone 7. A closer look, though, reveals that they offer an improved battery life and an updated camera. The iPhone X, on the other hand, stands out as the first phone with a four-digit price tag. The regular version is retailing at $999, with enhanced versions available for a whopping $1,129.99. The pricey phone offers facial recognition, wireless charging and a full screen.

There’s just one glaring question: Are people really going to shell out more than a thousand bucks for a phone? Experts believe that, in order to make that happen, Apple first introduced the iPhone 8 as a price decoy.

A consumer looking to buy a new iPhone this year has three primary choices. The cheapest option is the iPhone 7. These are great phones that have been on the market for year and whose prices have dropped to $750. Next up is the iPhone 8, retailing at $800. These phones are new to the market and offer slight improvements on the iPhone 7s. Lastly, there’s the choice of spending a thousand dollars on the brand-new iPhone X, expected to become an instant status symbol.

Two things can happen here: For one, customers who aren’t ready to drop a thousand bucks on a phone will go for the iPhone 7. In fact, these phones are currently outselling the iPhone 8. People are choosing these because they are so much cheaper than the iPhone X with only several minor differences.

Alternatively, the staunch Apple fans, who need to own the latest product, will choose the iPhone X – it is the latest phone. The iPhone 8 doesn’t stand a chance next to this device – and Apple knows it.

Looking to buy a new iPhone? Think twice before making your selection. Are you being manipulated by pricing tactics, or are you making a sound decision based on your personal needs and what you can afford?

Your Turn: Do you think decoy pricing and other manipulative pricing tactics work? Or are the consumers smarter than retailers think? Share your thoughts with us in the comments!