This time of year, W-2 forms are coming in, shoe-boxes are coming out and kitchen tables are disappearing under a pile of documents.  It’s tax time, and the most common set of questions we hear revolve around the same issue: Why is my refund so small? How can I make it bigger? While we are not tax professionals, here are some observations we’ve had while serving our members over the years. You may want to discuss them in further detail with your tax advisor.

Question:  Why is my refund so small?

Answer: There’s no secret to withholding. You tell the IRS factors about your life, your employer holds money back to “guess” at how much you’ll pay in income taxes, and then whatever has been withheld is paid to the IRS for covering your annual income tax burden. If, in fact, you’ve withheld more during the year than you need to pay, the IRS will pay you back any extra income you’ve withheld.

If your tax refund is smaller than you expect, then you didn’t withhold enough money to cover your tax bill. If the amount is surprising because it doesn’t look like last year’s refund, then you probably had something different happen this year. Did you pick up extra income? Did a child move out? Did you stop paying the interest on your mortgage or student loans? Knowing this, if you’re looking for a reason why your refund was smaller, start with the changes in your life.

If you still can’t figure it out, look at how much you made this year as well as your total withholding.  If you made significantly more than last year while withholding the same amount, that could be the reason.  If you want better, more specific answers, take your information to a tax preparation professional.

Question:  So, should I withhold more?

Answer:  We hear this one a lot. Many of our members were raised on “the IRS savings plan,” particularly if they came from poorer or lower middle-class backgrounds. Families that had trouble getting ahead would plan on tax refunds for a once-a-year spending spree. Now, as the children of those families have grown up, they want to have that type of spree as well.

It’s not a good idea to withhold more money so you can have a bigger refund. In fact, it’s about the worst investment you can make, because you get paid no interest on it. Your money will even lose value due to inflation while the government holds it, so it’s like you paid someone for the privilege of not accessing your money while it earned zero interest. Imagine a free checking and savings account, except the exact opposite in every way: It’s not free, you can’t access it like a checking account, and you don’t earn interest on it like a savings account. It’s a free checking and savings account you set up for someone else.

Question:  How can I get more money back?

Answer:  The obvious way to get more money back is to find more deductions or withhold more during the year. However, there are other ways to make tax time more profitable.

Imagine that, instead of withholding an extra $100 every month, you invested it in a savings certificate, money market, or Christmas club account.  Over the course of the year, you’d accumulate $1,200 in principle, just like you’d have an extra $1,200 coming from the IRS. In other words, this method is just as good as the IRS savings plan: If something crazy happens on your tax return or you have some money to avoid a big tax bill, you can have a big annual spending spree.

But it’s better than withholding for a variety of reasons. First, you can access it if you’re putting that money into a money market or other savings program. (Try the high yields on our Kasasa Cash Rewards Checking account with a Saver attached.)  Second, your money will be protected from inflation, and then it will grow. Earnings on different programs vary based upon what you choose to invest in, along with other factors. But even earning a couple of percentage points above inflation could lead to another $100 in your pocket on top of the principle, and save you $100 that you would have lost to inflation. $200 isn’t chump change, particularly on a modest investment, and it could even be more depending upon how much you invest and the program you choose.  Even if you don’t earn much, though, it’s still better than giving that money away.

Even better, you can use that money to double dip.  If you withhold that extra $100 every month, then deposit it into one of our tax-exempt college or retirement savings funds, you can have a big payday while building deductions for next year, so you’ll get even more back.  Obviously, your specific situation will vary and there are limits to how much you can put into each of your tax-exempt accounts, but if you’re interested in starting the snowball effect of compound interest, tax deductions and long-term savings, give Destinations Credit Union a call at 410-663-2500 and we’ll get you set up in no time. 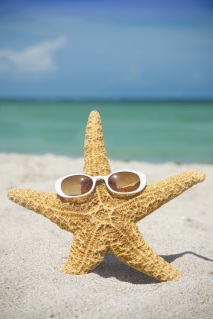 Spring break isn’t just for party-hearty college students anymore. These days, families are also taking a break from winter and jetting off to sun-drenched climates to frolic on warm beaches.

Spring break for college students spans the first few weeks of March, while families are more inclined to take their spring vacation to coincide with the long Easter weekend, which runs from April 3-5 this year, orPassover, which is April 22-30 this year. The fact that college and public school holidays don’t overlap should ensure that PG-rated co-eds don’t intrude on a G-rated family vacation.

Although toasting spring’s arrival goes back to Greek and Roman celebrations, its modern incarnation is blamed on a Colgate University swimming coach bringing his team to Fort Lauderdale, Florida for training back in 1934.

Sensing a marketing opportunity, Fort Lauderdale organized an annual swim meet, and the rest is history. Buoyed by the 1961 movie “Where the Boys Are,” starring George Hamilton; and the 1983 “Spring Break” with Tom Cruise and Shelley Long, the annual ritual has exploded. The 1986 arrival of the annual “MTV Spring Break” hasn’t hurt either.

South Florida is still the center of the college spring break universe. So, if you can find a cheap flight and some friends to share in the cost of a hotel room, grab your bathing suit and beach towel and you’re in. Beaches in Florida cities such as Fort Lauderdale and Daytona Beach quickly become oceans of tanned bodies once spring break hits, with crowds as large as 400,000 people.

While large crowds are considered a plus for college spring break celebrants, they can lead to frustration and annoyance if you’re a family seeking relaxation while having a few young kids in tow.

Orlando, home of Disney World and other resorts, is a surefire hit with both kids and budget-conscious parents. But spring break is also the second-busiest time of year, behind Christmas and New Year’s. Granted, you cansurvive long lines by arriving early and packing your own snacks. But if you go to Orlando for spring break, be prepared for company.

One popular strategy for guaranteeing family fun without blowing the budget is vacationing in an all-inclusive resort. Familyvacationcritic.comhas a list of the top 50 all-inclusive resorts for families in the Dominican Republic, Mexico, the Cayman Islands and other exotic Caribbean locales. Rates during peak times start at about $300 per person for a five-day stay. Resorts typically feature pools, beaches, fun-filled activities, and meals-all in a safe family-friendly environment.

Cruises are another popular option, offering activities and services for the whole family, including movies, swimming, waterslides, varied dining options and more.

But spring break doesn’t have to be all about the beach, especially for families. Visiting a budget-friendly city with inexpensive airline flights can be both entertaining and an educational option for the entire family.

Los Angeles was the Fiscal Times’ top family spring break destination due to the number of attractions and places to visit. In addition, airfare prices to the city generally don’t experience a spring break surge due to the high volume of flights. Five new hotels, a strong U.S. dollar and a nearby adventure park helped make Puerto Vallarta, Mexico, the second most popular spring break family destination.

Las Vegas, Quebec City, Phoenix and New York are other great destination cities for family vacations. Norway also landed on the list due to competition among air carriers that has driven airfares below $200, and Spain was suggested because airfares to Barcelona are on par with flights to South Florida this time of year.

For college students, eight of Kayak’s top 10 spring break destinations for 2015 are within the continental United States and four of those are in Florida.

Los Angeles was No. 3 on the list, with median airfare at just $352 in late April. Southern California is home to magnificent beaches such as Malibu, Santa Monica and Venice. In addition, plenty of culture can be found in downtown Los Angeles. But be advised that spring is the wet season, and a powerful El Nino is in the forecast this year, so your chances of rain falling on your spring break parade are fairly high.

Miami, or SoBe for South Beach, has a lot going for it as a spring break destination. Its chic Art Deco hotels, fun atmosphere, packed beaches and club culture helped it reach No. 4 on Kayak’s 2015 list. But timing is everything. Median airfares reach a high of nearly $600 in early April, but fall to below $400 later in the month. Try to avoid the Winter Music Conference, scheduled for March 21-24 this year. South Beach hotel rooms will fill up and airfares soar during that time.

Although the typical beach party spring break remains a popular rite of passage for many college students, some are craving alternatives. A group called Break Awayoffers active citizenship and leadership conferences for college students during spring break. Similarly,Projects Abroad promises an opportunity to make a difference by participating in volunteer projects such as rebuilding homes for the poor in Jamaica, protecting endangered turtles in Mexico  or providing educational support for underprivileged children in Costa Rica, Belize, or Fiji.

One thing is certain: Whatever your preference for marking the arrival of spring, there’s something fun and affordable you can try, alone or as a family.

Why do we use the cloud? 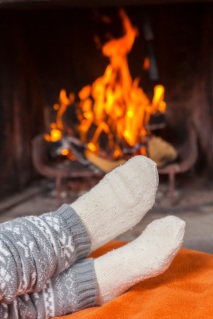