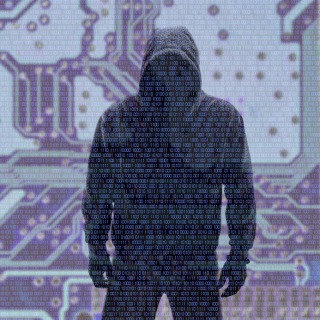 Wash your hands after you use the bathroom. Cover your mouth when you sneeze. Brush your teeth daily. These are all basic elements of personal hygiene. We practice them, in part, to minimize the amount of gross stuff that our bodies do, but we also practice them to help protect us from disease.
You might think “Internet hygiene” means wiping down keyboards after you use them and not spilling things on your computer. While these are good habits, there’s another range of behaviors that security experts call “Internet hygiene,” and it can be the difference between a safe and effective Internet and a world of hackers, bots, and identity thieves.
For most people, the beginning and end of cyber-security is a piece of anti-virus software. Imagining that there is nothing on their computer worth stealing, most users don’t take their online security very seriously. Increasingly, that’s the attitude hackers are counting on people exhibiting.
One such recent cyber attack, a malicious worm called Game Over Zeus, infected around 10,000 computers. The worm allowed hackers to remotely control infected computers, using them to launch attacks on major websites. In addition, users frequently found their personal files encrypted. A window created by the worm would inform them that, unless they paid a ransom that sometimes was as much as a few thousand dollars, they would lose access to the contents of their hard drive forever.
How did such a vicious worm spread so quickly? Hackers have gotten better about choosing their targets. It’s easy to find out-of-date software and exploit known structural weaknesses in it to gain control of a computer. From there, it’s a trivial task to create emails that look like they come from the owner of that computer, which makes it easier to infect that person’s friends and family members’ computers.
Security expert Tom Kellerman compares the state of a compromised computer to a neighbor who always leaves the front door to an apartment complex unlocked. Not only can thieves break into the neighbor’s apartment, but they can use their expanded building access to more easily break into other units. If you aren’t maintaining the security protocols on your computer and being vigilant about what links you click, you aren’t just putting your own security at risk. You’re creating a more dangerous Internet for your friends, co-workers, and family, too.
The lesson of Game Over Zeus is pretty simple. Computer viruses spread a lot like human viruses. They infect people who don’t practice good hygiene, then spread to their friends and family. If you wouldn’t sneeze on your hand before pushing buttons on an elevator, don’t practice unsafe internet behaviors.
How can you practice good Internet hygiene? You don’t need to be a tech guru to keep your PC safe. Security experts consistently recommend you take at least these five steps.
1.) Download an anti-virus software program, like AVG or McAfee, and keep it up-to-date. Schedule updates for it to run when your computer is on, and don’t interrupt the process. Do the same thing with an anti-malware program, like MalwareBytes. Tens of thousands of new malicious programs are being created every day. If you’re not regularly updating your security software, you might as well not have it.
2.) Run scans of both anti-virus and anti-malware software on a weekly basis. Just like people with strong immune systems can get sick, even if you have a Mac computer, you can still be infected with malicious programs. If you’re on the Internet, you’re at risk.
3.) Do it right away. If your computer gives you a message that it needs to download or install critical updates, do it the first time you see the warning. It’s annoying to stop what you’re doing and restart your computer, but it’s better than having your computer compromised. When IT professionals call something a “critical update,” it usually means it fixes a known software exploit. Make sure the message that pops up is from a trusted source, however. There are malware programs around that use fake “critical update” popups to infiltrate your computer.
4.) Don’t click links that take you to sites you don’t recognize, even if they’re emailed to you by a friend or family member. These emails are frequently generated by bots to keep malicious software spreading. You clicking that link might make you yet another disease vector.
5.) Don’t download, install or run any software you don’t recognize. For these bots to keep spreading, at some point human beings have to authorize them. If you’re installing software you think might be dangerous, you’re putting your computer and the computers of everyone you know in jeopardy.
This might seem like a lot of work, but it’s the price of doing business and living in a digital age. With the convenience of a world of information at your fingertips comes the responsibility to maintain the health of that system. Do your part – install and update security software, and be constantly on guard for threats!
SOURCES:
http://www.pcworld.com/article/2465460/new-gameover-zeus-botnet-keeps-growing-especially-in-the-us.html
http://www.bankinfosecurity.com/impact-poor-internet-hygiene-a-7070/p-3
http://www.bankinfosecurity.com/interviews/-i-2334/op-1
http://krebsonsecurity.com/tag/gameover-zeus/